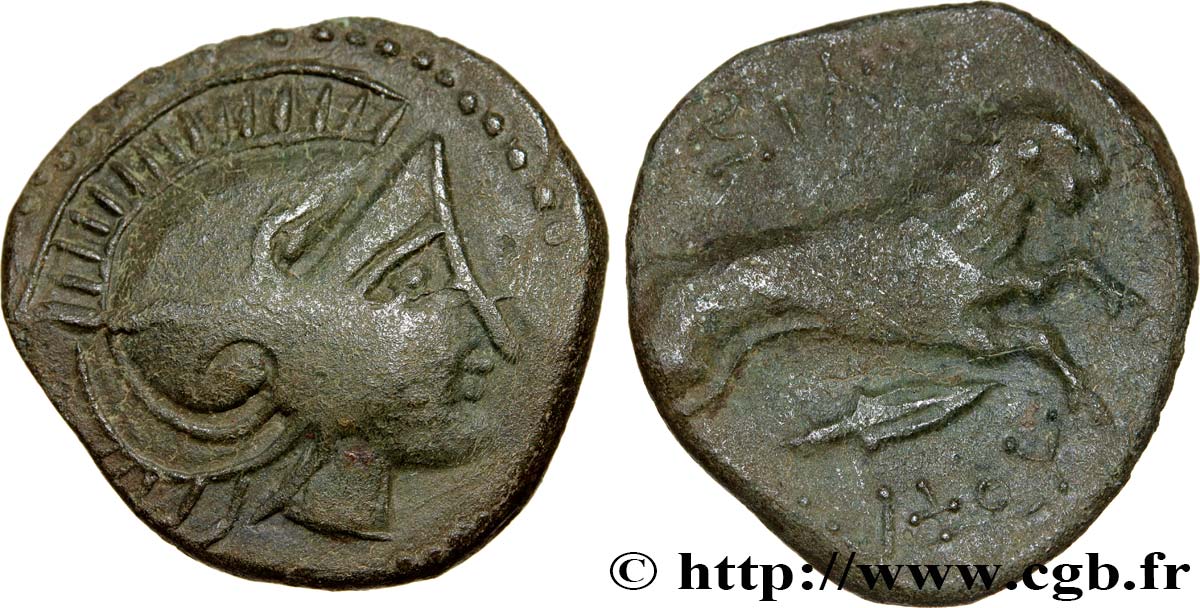 Lysimachus (c. 360-281 BC) was one of the leading generals of Alexander. After the death of the great conqueror 14 June 323 BC, a fratricidal battle opposed Diadoques his successors. Lysimachus, at first favorable to the survival of the Empire supports Antipater before becoming independent in 315 BC, receiving the administration of Thrace. In 306 BC, after the naval battle of Salamis in Cyprus, Lysimachus, Antigonus imitating his implacable enemy, took the title of king (Basileos), both followed by Demetrius, Ptolemy, Seleucus and Cassandra. Ally Ptolemy, they crush Antigone who died in the battle of Ipsos in 301 BC It was the birth of the Kingdom of Thrace and early coinage of Lysimachus staff. He must fight against Demetrius Macedonia and Thrace. After 288 BC, it remains the most powerful monarchs reigning over Europe and Asia Minor. Lysimachus, aged 80, was killed at the Battle of Couroupédion in 281 BC.