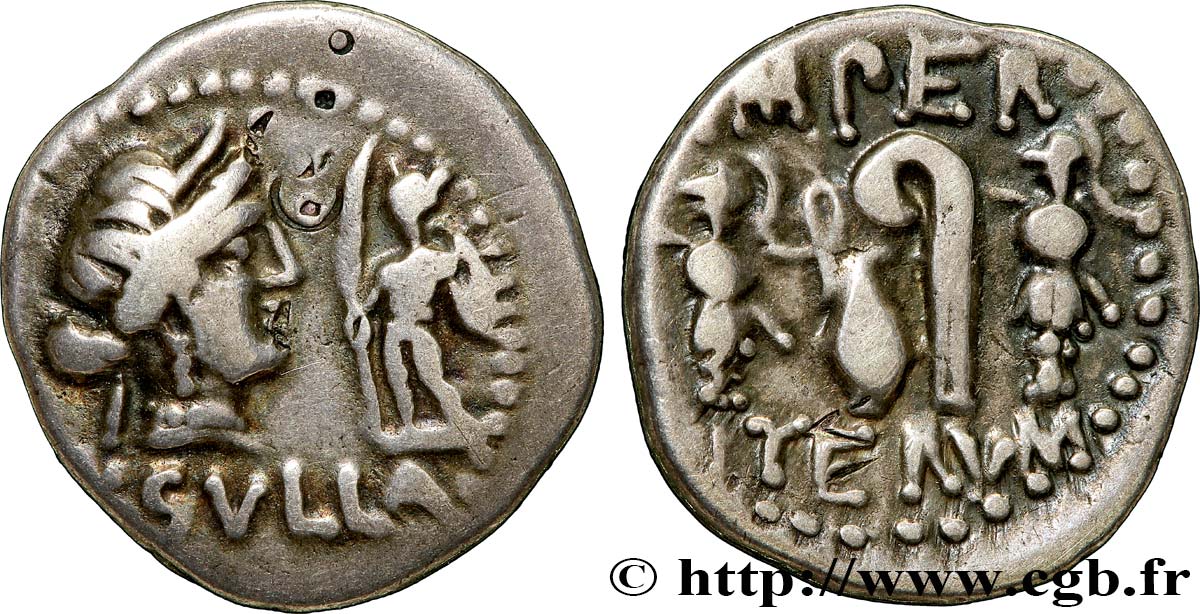 Sylla was born in 138 before J. C-. He began his political career before 107 J. C-. and followed Marius in Africa. With the betrayal of Bocchus, he captured Jugurtha. He then accompanied Marius Gaul to fight the Germans. At the end of the campaign, he returned to civilian life. He was elected praetor in 93 before J. C-. Responsible, the following year, restore Ariobazarnes I of Cappadocia (95-63 before J. C-. ) Which had been driven from his throne by Mithridates VI of Pontus. Return to Rome, he participated in the operations of the Social War and crushed the revolt in the blood of Italians which allowed him to run for the consulship before 88 J. C-. at the age of fifty years. He took advantage of the fact that Mithridates VI of Pontus invaded Greece to bring the war in the East. Given the opposition of Marius, his former chief, now his most implacable enemy, he had before his departure to declare Marius public enemy, and exile with his followers. He then went to Greece, besieged and took Athens before 86 J. C-. , Defeated Mithridates and signed the peace before 85 J. C-. Meanwhile, Marius elected consul for the seventh time in 86 before J. C-. carried out a purification syllanienne. The work was continued by Marius Cinna who was later murdered. Sylla, back in Italy, marched on Rome, crushed the Marianists at the Battle of the Colline Gate in 82 before J. C-. He then applied the "proscriptions" where more than eighty senators and more than 1600 knights were killed between November 82 and June 81 before J. C-. because their only crime was to be rich and to be former supporters of Marius. Sylla was then assigned to the Dictatorship life when she was legally awarded for six months. Between 81 and 79 before J. C-. , He reformed republican society, took many laws "leges Corneliæ" came Pomerium expand and rebuild the Capitol that had been destroyed by fire. He abdicated his powers before July 79 J. C-. , Retired to Campania, where he died the following year.