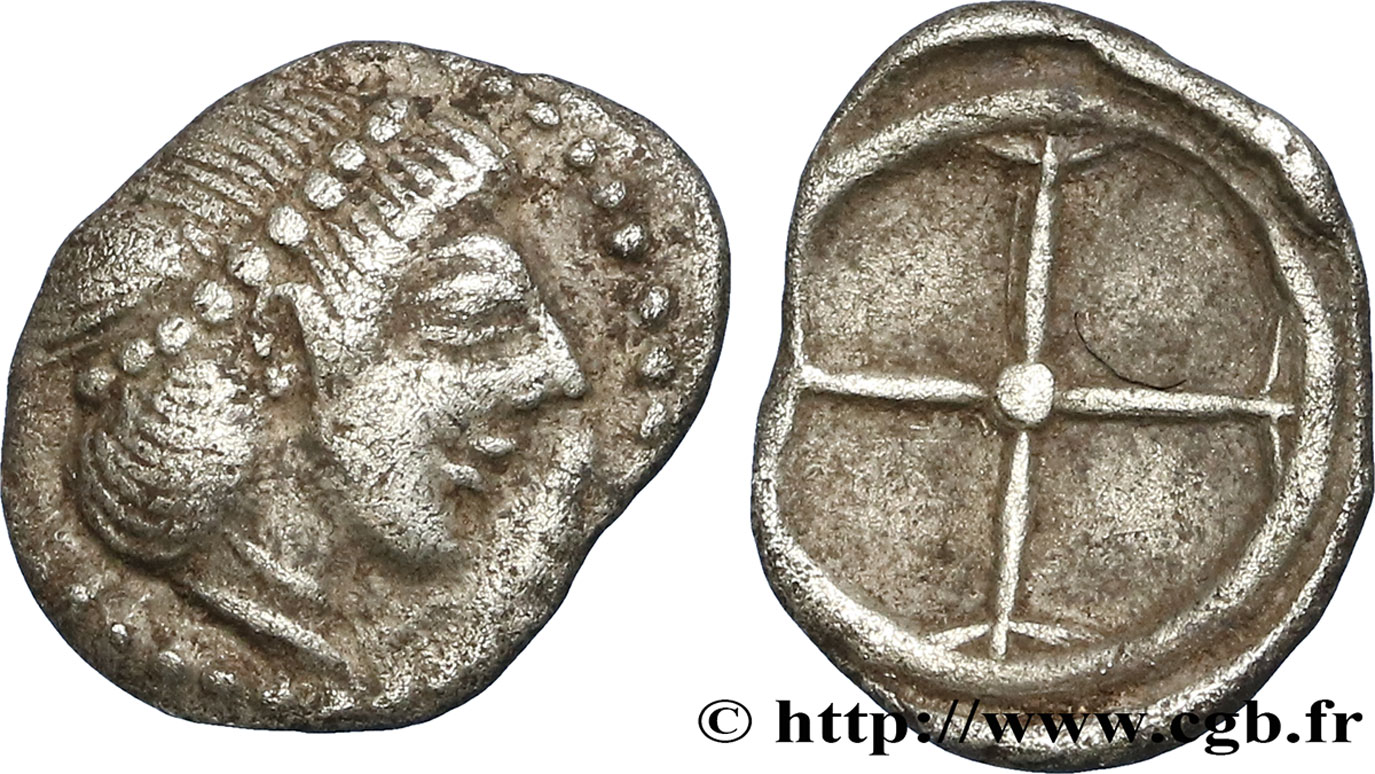 The government of Syracuse, founded in 733 BC by Corinthian settlers, was assured from 485 BC by Gelon, tyrant of Gela since 491 BC It was a victory Olympics 488 BC (chariot race) and remembered the victory by representing the right of coinage of Syracuse while the reverse was occupied by the head of Arethusa. This nymph, in mythology, residing in Ortygia Island, opposite the city of Syracuse, in the form of a freshwater fountain (Virgil Eclog. IV.1, X.1). Alpheus, a satyr, representing a river god in the Peloponnese, near Phylace in Arcadia, sued Arethusa. In his prayer, Artemis transformed her into one river and the sea nymph allowed to escape the satyr. This legend allowed to explain a hydro-geographical phenomenon: an underground river passes under the sea to lead in Ortigia island. In 480 BC, the Carthaginians invaded Sicily but were defeated by Gelon at Himera. In 478, Gelon died and his nephew succeeded him Hiero.