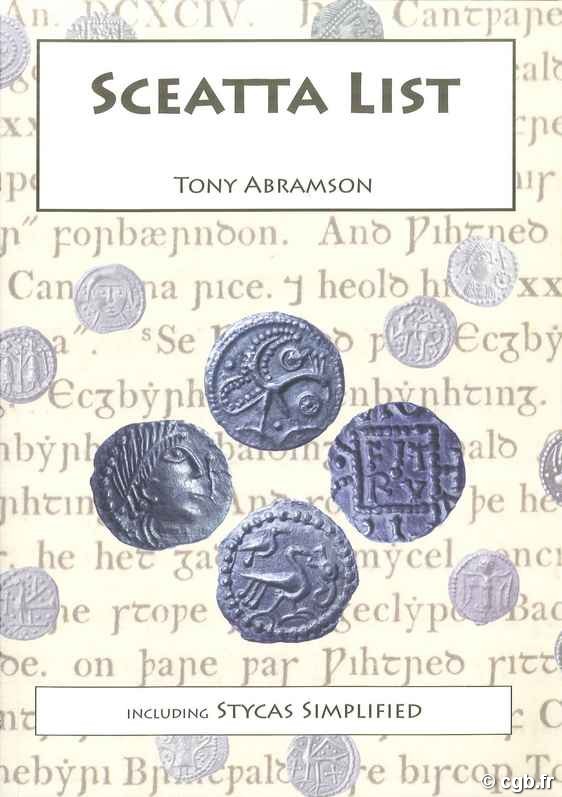 Sceats, the small module silver ‘proto-pennies’, of c.685 – c.750AD, have been classified in two ways – a numerical typology and an alphabetical Series. The typology dates back to the British Museum catalogue of 1888, is chronologically random, lacks meaningful sequencing, contains duplications and Merovingian emissions, suffers omissions and conflates dissimilar types. It is not soundly based on archaeological, historical, finds or distribution evidence. This completely re-numbered scheme of arrangement abandons the numerical typology but, for reasons of continuity, retains Rigold’s alphabetical serial references and the ‘eclectic’ labels included in Metcalf. The resultant catalogue has 114 groups covering 570 main varieties. At the time of going to press the number of varieties continued to grow, providing collectors with the excitement of being able to add to the corpus. Sceatta List contains concordances with previous classifications and current catalogues (e.g. Spink), explorations of closely related types (‘dominoes’), hoard chronology, an expansion of the different styles of drapery displayed on this early Anglo-Saxon coinage, and a useful bibliography. The volatility of market prices for sceats are tackled head on and prices for every variety are given for two grades – approximating to fine and very fine. The second part of Sceatta List is comprised of a separate catalogue of Northumbrian stycas, amongst the simplest of currencies. Stycas state the name of the issuer, monarch or archbishop, on the obverse and the moneyer’s name on the reverse. There are six regal issuers, three ecclesiastical and thirty-six moneyers. The only elaboration is the repertoire of around fifty different central geometric devices and yet the classification of these coins remains somewhat opaque. In this supplement, Abramson attempts to lift the veil - to bring stycas back out of the shadows and cast some light on their easier identification.
.