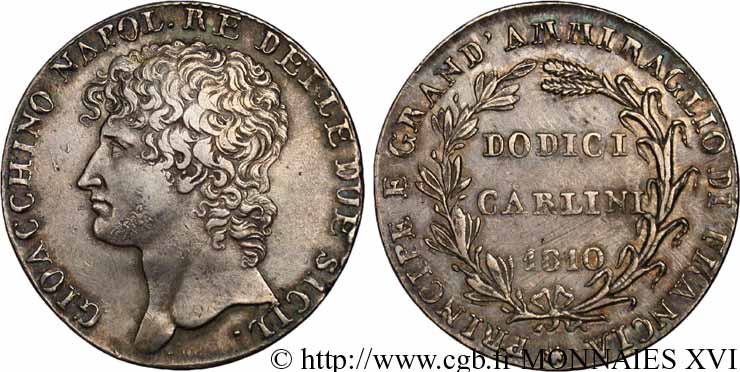 Joachim Murat (25/03/1767-13/10/1815), general and aide de camp of Bonaparte in 1796, married Caroline Bonaparte in 1800, he was governor of Paris, Marshal, Prince of the Empire. He received the principality of Berg which is attached one of Cleves (1806-1808) and was appointed king of Naples to replace Joseph in 1808. He conspires with Talleyrand and Fouche, but not disgraced. Whether to participate in the Russian campaign, Murat betrayed after Leipzig and deals with Anglo-Austrian to maintain his kingdom with the consent of Caroline. In 1815, he made contact with Napoleon's Elba Island, Italy tries to raise, but is definitely beaten at Tolentino on May 2 and must leave the country on May 9 Retired in Provence, he is approached by provocateurs, arrives on October 8 in Calabria. He was immediately arrested and tried, convicted and executed on October 13, as the Duc d'Enghien, he had shot eleven years earlier in the trenches of Vincennes.