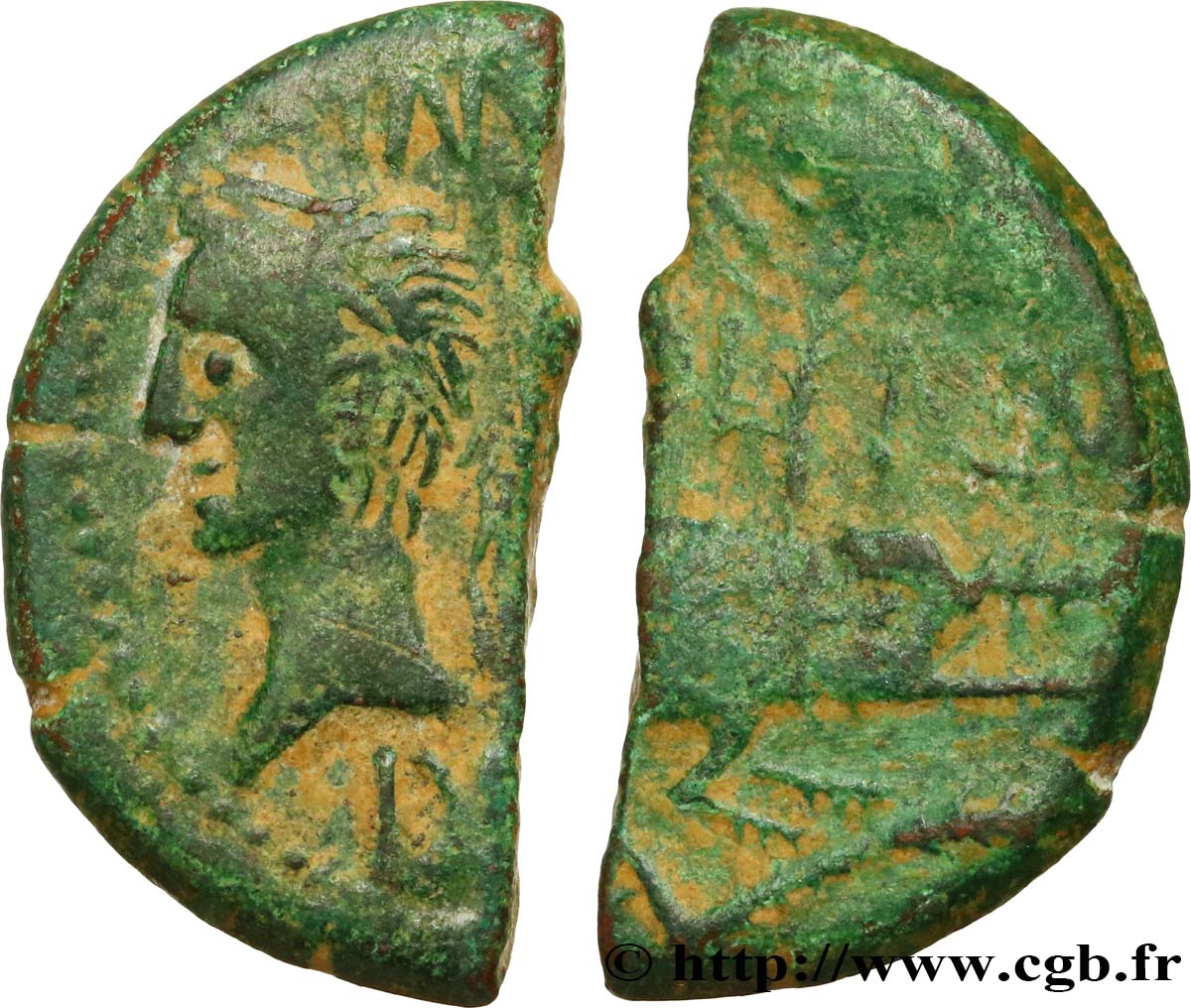 Nemausus (Nîmes) was the capital of Volques Arécomiques. According to the mint, it suffers greatly influence Marseille. During the first century BCE to counterbalance the influence of Narbonne, she supported the revolt of Sertorius in Spain against Metellus and Pompey? Colony Nimes seems to have been founded by Tiberius Nero, Livia's husband and the father of Tiberius and Drusus Senior, 45 or 44 before J. C-. Some authors see rather a creation of Caesar himself back from the Spanish campaign. The city received the "jus Latinum". After the battle of Actium in 31 J. C-. , Marking the victory of Octavian and Agrippa on the fleet of Marc Antony and Cleopatra and the conquest of Egypt the following year, Octave demobilization part of his legions become too numerous after victory. Veterans received their "honesta missio", a sort of retirement in cash and property funds. Many veterans came to settle in the province of Narbonne and a large contingent settled in Nîmes. The mint seems very important to start from 27 before J. C-. shows the commercial dynamism of the city which became one of the richest in the region and gave us impressive monuments (the Pont du Gard, the Maison Carree). The city changed status before 24 J. C-. And became a Roman colony under the name of "Colonia Augusta Nemausus" and dominating the territory Volques Arécomiques.