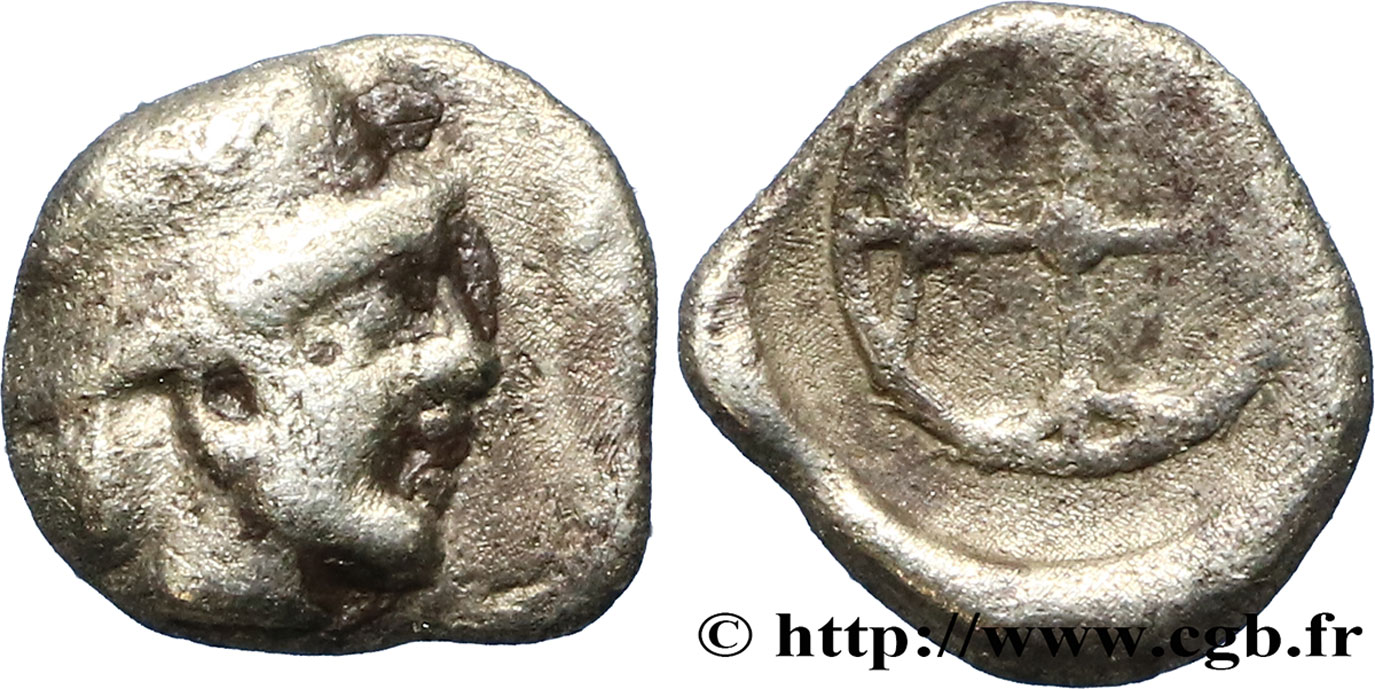 Marseille, the "Massalia" Greeks, founded by the Phoenicians in 600 J. C-. Is born from the desire to promote Greek trading posts in order to compete with the Carthaginians and Etruscans to the domination of the Western Mediterranean. The foundation of the city itself is mythological. When the young OM, Protis, an expedition leader addressed in a creek, he was received by nannos king of Segobriges and married his daughter Gyptis. Greek received as dowry a cove around the Lacydon natural port on the current location of the Old Port. Marseille is absolutely not a Celtic or Gallic creation and belongs to the Greek world. With its metropolis, the colony grew and early Persian Wars (494-479 before J. C-. ) Received an extra population from its metropolis with people fleeing the Persian threat. Greek who mastered perfectly the rules of maritime navigation and taste trade implanted counters or colonies on the western coast of the Mediterranean Emporium (Aumpurias) in Nikaia (Nice) through Agathe (Agde), Olbia (Hyères) and Antipolis (Antibes), not to mention that of Alailia (Aleria, Corsica), founded in 565 before J. C-. The massaliotes tried with varying success to trade with the hinterland and salyennes tribes. Nevertheless they founded outposts of Avenio (Avignon) and Cavaillo (Cavaillon). Between the fourth and the first century before J. C-. , Gulf of Lion is often compared to "OM Gulf" which shows the role played by the merchant and sailors Massalia. Marseille from the outset faces a double danger that will his strength inside, she must fight against the Ligurian native tribes outside, she must confront the Carthaginian naval power which extends its hegemony over the islands of the Western Mediterranean, Corsica, Sardinia, Sicily and the Balearic Islands. Political power is in the hands of an oligarchy composed of the Greek Council of Fifteen and a Boulé 600 members. Very early, in the sixth century, massaliotes placed themselves under the protection Delphian Apollo and Artemis, which are found on the coins of the city. A temple dated before 530 J. C-. , Dedicated to Apollo has also been found in the excavations undertaken from 1967. Taking Phocaea by the Persians around 540 before J. C-. , Made Marseille a metropolis that soon swarmed throughout the western Mediterranean, despite the Carthaginian presence and market competition of the Etruscans. Between the fifth and the first century BC, Marseille and its hinterland experiencing unprecedented growth. Marseille enjoyed great prosperity in the fifth century before J. C-. Through the period of tranquility in the Western Mediterranean after the Carthaginian defeat at Himera in 480 J. C-. The Etruscans were defeated in turn by the Syracusans at Cumae. For nearly seventy years massaliotes ships could quietly roam the waters of the Tyrrhenian Sea. The case of Sicily in 413 before J. C-. and the Athenian and Carthaginian intervention accompanied by the destruction of Agrigento, led to a serious conflict that lasted half a century and spread to the Great Greece (Southern Italy). The fourth and third centuries BC appear to be a difficult period marked by economic recession Marseille. The Carthaginians are proving to be formidable competitors in both Western and Eastern, Mediterranean. The fall of Athens, political and economic problems of Sicily and Syracuse in particular, have affected the trade massaliote. In Gaul, in Marseille hinterland, the city faces incursions Ligurian tribes. Opposite Carthage, very early massaliotes seek the friendship of the Romans and before the beginning of the first Punic War. Marseille provide triremes and other quinqueremes their Roman ally. However, in the early third century BC, Marseille takes a dim view of the conquest of southern Italy (Magna Grecia) by the Romans ending by taking Taranto in 272 before J. C-. The rise of Rome from the first Punic War (268-241 before J. C-. ) And the strategic choice of Marseille, who plays Rome against Carthage, will return in the second half of the third century BC, Massalia a leading role in the international trade of the Western Mediterranean. The first century BCE marked the decline of Marseille. Privileged ally of the Romans, Marseille, thanks to them, succeeded in imposing its authority in Marseille hinterland. Romans stopping the Cimbri and Teutons have saved the south of Gaul invasions. From 118 before J. C-. The situation changes, the Provincia becomes a Roman province. Marseille merchants compete with Roman traders in Spain, Corsica, Sardinia and Sicily. However Marseille remain allies until Roman first century BCE. This is the beginning of the civil war between Caesar Pompey before 49 J. C-. which will be fatal to the city. Ally of the Romans, Marseille did not know how to choose between the two protagonists. Caesar besieged and took the city can not suffer these communication channels can be cut between Gaul and Italy. Fleet of Marseille was too important for it to fall into the hands of his mortal enemy, Pompey. Conquered the city was still not sacked and remained an important port at the beginning of Roman rule. Greek remained, it was never really assimilated to Roman Gaul and kept a sort of independent status, mixed cosmopolitanism where all religions crossed all races for the benefit of the Marseilles Trade.