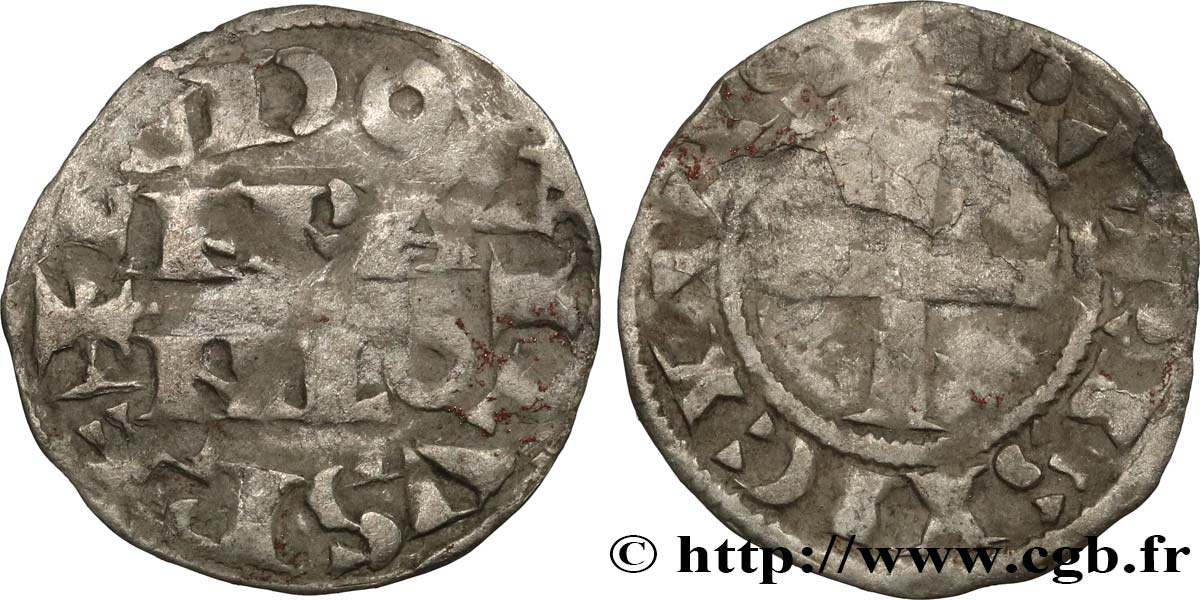 The reign of Louis VII began auspiciously. Sacred since 1131, Duke of Aquitaine by marriage, the king enjoyed internal and external situation more favorable, the civil war raging in England and the Empire. The abbot of Saint-Denis, Suger, continued to figure in first counselor of the king, as he was of his father. The first years were wasted however a sterile war against the Count of Champagne and a long conflict and tangled with the pope for appointment to the archbishopric of Bourges. In 1145, the king took the initiative for a second crusade, which was approved by Pope Eugene III and preached by Bernard of Clairvaux, founder of the Cistercian Order. Louis VII led with him his great vassals, thus leaving the regency to the abbot of Saint-Denis. At the invitation of St. Bernard, the Emperor Conrad III crossed in turn. The Christian army took the overland in 1147, crossed the Byzantine Empire and came to Antioch in 1148. Operations against Muslims in Asia Minor and Syria were a complete disaster. The king returned to France the following year. Despite this setback, the second crusade reflects the prestige and power of the new king of France in the twelfth century. While the crusade of 1095, the first sign of the revival of the West, was the fact of the Church and feudal, Philip I are still quite foreign, that 1147 had been the king of France to head to equality with the emperor. For the first time, a French sovereign had been lead an army outside Europe and its operations were conducted without the monarchy felt damage. After the death of Suger, which occurred in 1151, the reign of his master, an excellent private consultant, took a less favorable course. In 1152, Louis VII divorced Eleanor, who had not given him a male heir, thus losing the Aquitaine. Two months later, the fallen queen married Henry Plantagenet, Count of Anjou and Duke of Normandy, who went to war against the king of France. In 1154, the death of Stephen of Blois, Henry became king of England, the vassal had become more powerful than the suzerain. In the years that followed the Angevin put his hand on Brittany submitted Scotland snatched the Vexin to the King of France. From 1173, the war started up again between Henry II and Louis VII, King promoting the revolt of his son vassal. But Henry began soon because his impatient son and Angevin Empire could continue to grow. The danger also came from the Empire and the ambitions of Frederick Barbarossa, elected emperor in 1151 and wanted to submit Italy and the Kingdom of Arles. Given this increase in power, while eastern France risked coming under German supervision. During the schism occurred after the death of Pope Adrian IV, in 1159, King sided with the Emperor Alexander III and Victor IV. In 1162, Alexander fled to France, where he remained until 1165: in 1163, they awarded it the Louis "Golden Rose", symbol of justice and piety of the devout king and reward his loyalty to Holy See. Again, this is an intimate union with the Church and the French monarchy was able to prevail over the encroachments of the English and German rivals. Throughout the kingdom, the clergy was over the royal power and legitimacy. Through this, Auvergne, Languedoc, Dauphine came gradually in the Capetian orbit. In 1161, the Bishop of Mende came to Paris for the distant Gevaudan pay homage to King Louis. Dwellers and small lords followed this example and would be undermined the foundations of feudal principalities. Within its field, Louis VII had made Paris a real capital, completed to submit the lords of the Ile-de-France, granted many charters bourgeoisie and created many new towns. In 1165, Adelaide Champagne gave her first son, the future Philip Augustus. The young prince was crowned in 1179, a year before the death of his father, and then began to reign effectively.