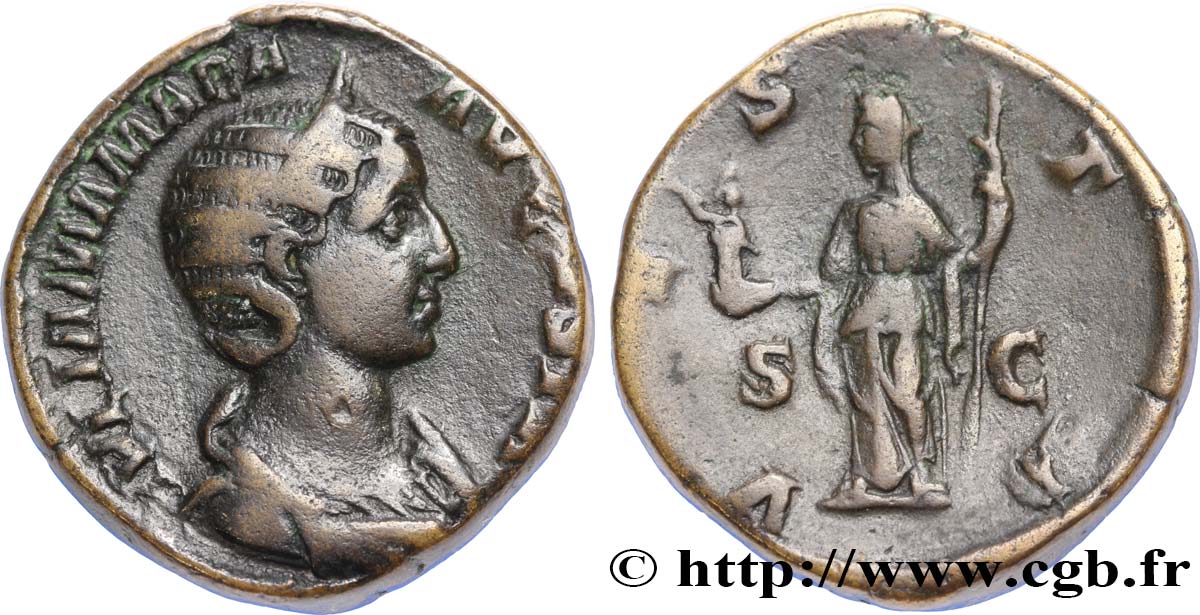 Mamee Julia is the daughter of Julia Maesa and sister Julia Soémias. It belongs to the great tradition of Syrian empresses immortalized by Jean Babelon. She is the granddaughter of the priest of the cult of the black stone which Elagabalus Emesa is the best known representative. Julia Mamee as Domna his aunt, his mother or sister, is an intriguing. However, she married a small procurator of Syrian origin but will do everything to help promote his offspring. She starts intrigue to overthrow his nephew Elagabalus, to promote the elevation of his son. During the reign of Alexander Severus, it will be pervasive and held the reins of power. It maintains a coterie of philosophers, including Origen, and it is believed to Christian sympathies. She was killed with his son.