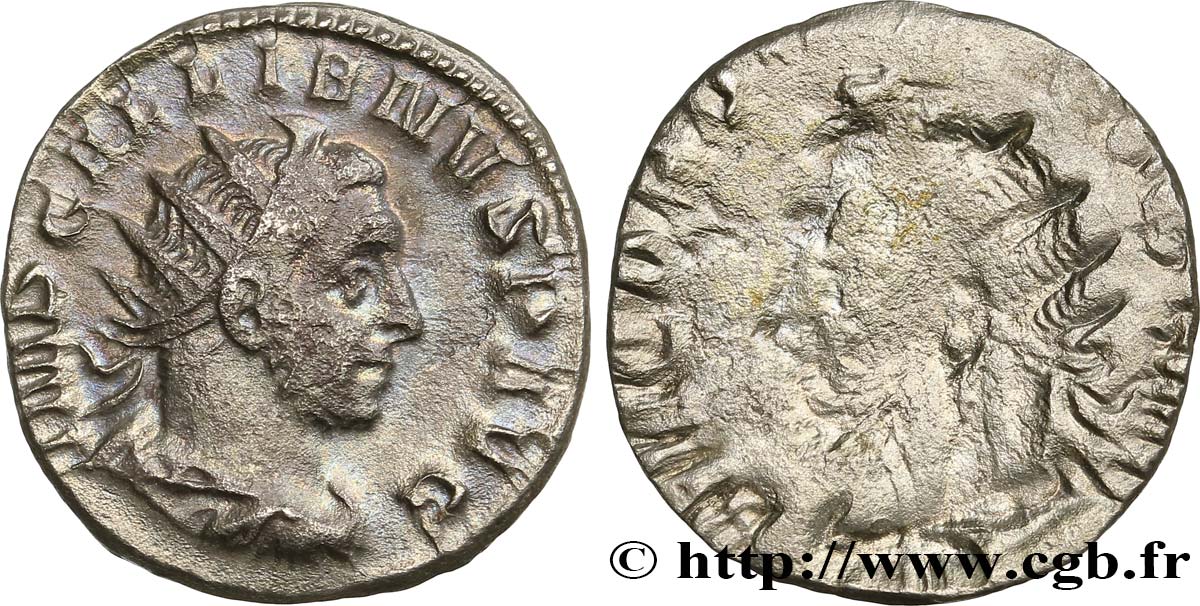 Gallienus, son of Valerian I, was born in 218. He immediately joined by his father to power and charge the West, while his father went to East. He won a brilliant victory over the Germans and consolidate the Rhine-Danube limes. After the capture of Valerian in the East, Gallien faces on all fronts. The empire broke. Gaul, Spain, Germany and Britain secede with Posthumus that was first eliminated Salonin, the son of Gallienus. It is the usurpation of Macrian and Quietus in the East. Gallien will spend the last eight years of his life trying to put the pieces of this empire. Finally, he was assassinated in September 268 under the walls of Milan while besieging Aureolus, the master of the cavalry, who had revolted.