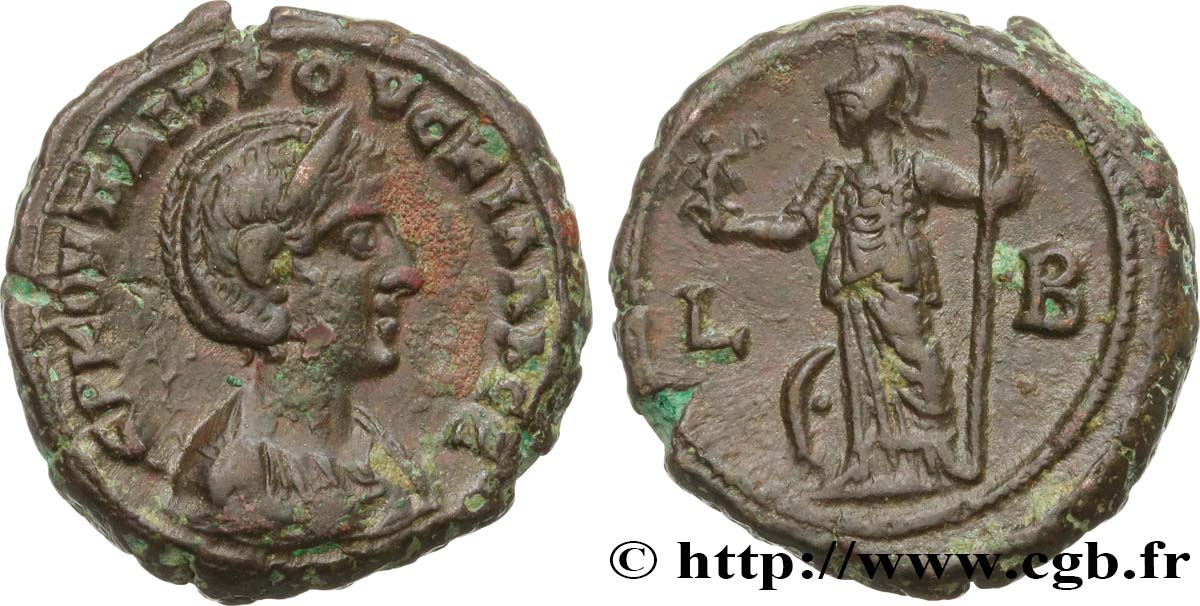 Étruscille is derived from the Italian aristocracy. She is aged about forty years when it receives the title of augusta in 249, as part of the second issue of Trajan Decius. The following year, his eldest son Herennius etruscus received the title of Caesar, and proclaimed august when his father went to fight the Goths. They will find both death. Before leaving, Trajan Decius Caesar appointed his second son, who was proclaimed Hostilianus august after the death of his father and his brother, perhaps at the instigation of new august Trebonianus Galle. Étruscille, who had remained in Rome, continues to be associated with counterfeiting. Hostilianus dies at the end of summer or early fall of 251 victims of the plague or of his protector, Trebonianus Galle, who hastens to proclaim his son Volusien august. Étruscille disappears from the coinage. She retired into private life was perhaps murdered, history does not say.