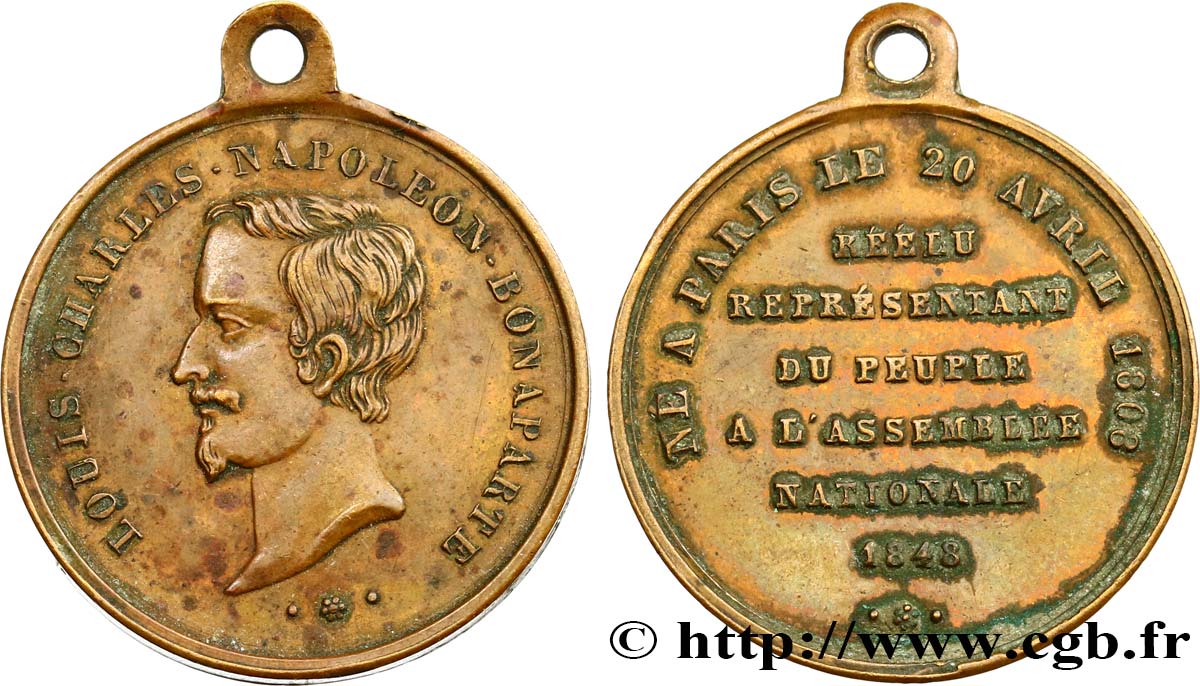 During the revolution of February 1848, Louis-Philippe abdicated in favor of his grandson, son, but it is not recognized by the Chambers, February 24, the Republic was proclaimed by a decree of the Provisional Government. It proclaimed the freedom of labor, the abolition of the death penalty in politics, universal suffrage. National workshops were created in March 1848. Elections were held in April and lead to the success of moderate Republicans. The closing of the national workshops causes riots are quelled by General Cavaignac who is appointed Chairman of the Board. The rebels were executed, imprisoned, deported. The legislative power is vested in a single meeting as President of the Republic, elected by universal suffrage, holds executive. The latter is the Prince Louis Napoleon. It conflicts with the meeting in 1850 for his re-election is unconstitutional. Louis Napoleon then engages in the preparation of the coup, which enables him Dec. 2, 1851, to install a dictatorship. In November 1852, it is proposed to restore the hereditary imperial dignity. The plebiscite of November 21-22 gives nearly eight million yes for the Empire while not only collected about 250. 000 votes. December 2, 1852, Louis Napoleon was proclaimed emperor under the name of Napoleon III.