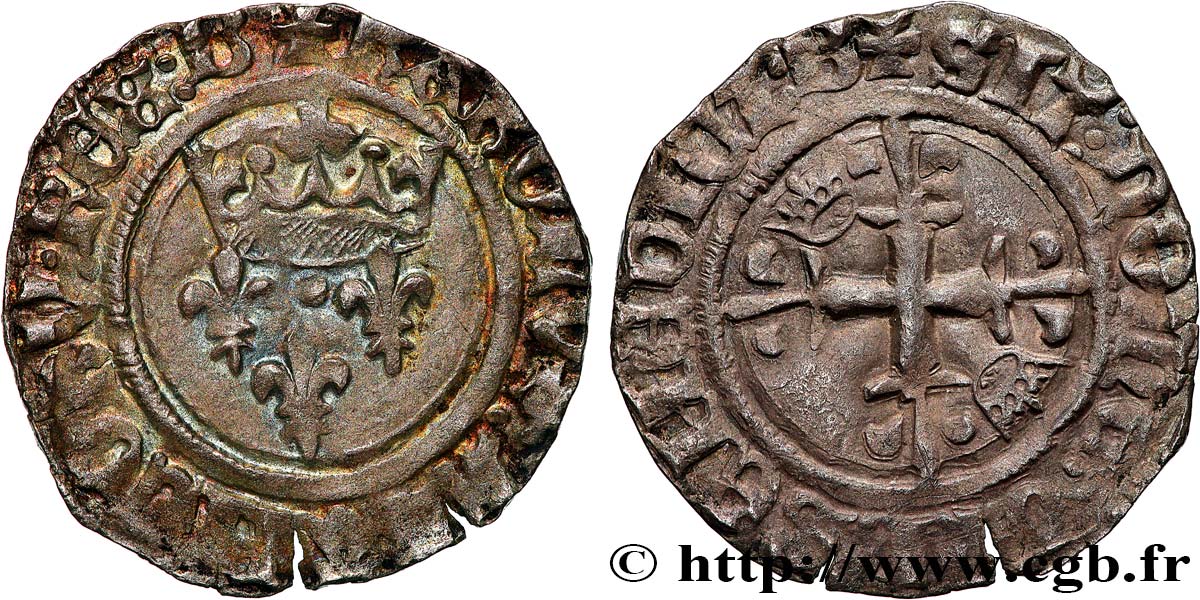 CHARLES DAUPHIN, REGENT - MINT IN THE NAME OF CHARLES VI

Charles, born in 1403, is the fifth son of Charles VI and Isabeau of Bavaria. It is said dauphin after the death of his brothers. June 14, 1417, Charles VI appointed lieutenant of the kingdom. After the capture of Paris May 29, 1418, he moved to Bourges and is named regent October 26, 1418. It creates its Audit Chamber, a Court of currencies Bourges and Poitiers Parliament. It is recognized by all the south of France and helped by the Armagnac family. He murdered his cousin the Duke of Burgundy September 10, 1419, does not recognize the validity of the Treaty of Troyes in 1420 and continues the fight against Henry V. The latter died August 31, 1422 and October 21 Charles VI. Dolphin, who has just married Marie of Anjou, daughter of Louis II of Naples, is facing a child eleven months under the regency of his uncle, the Duke of Bedford. The fight is going to last thirty years between Charles VII and Henry VI of Lancaster.