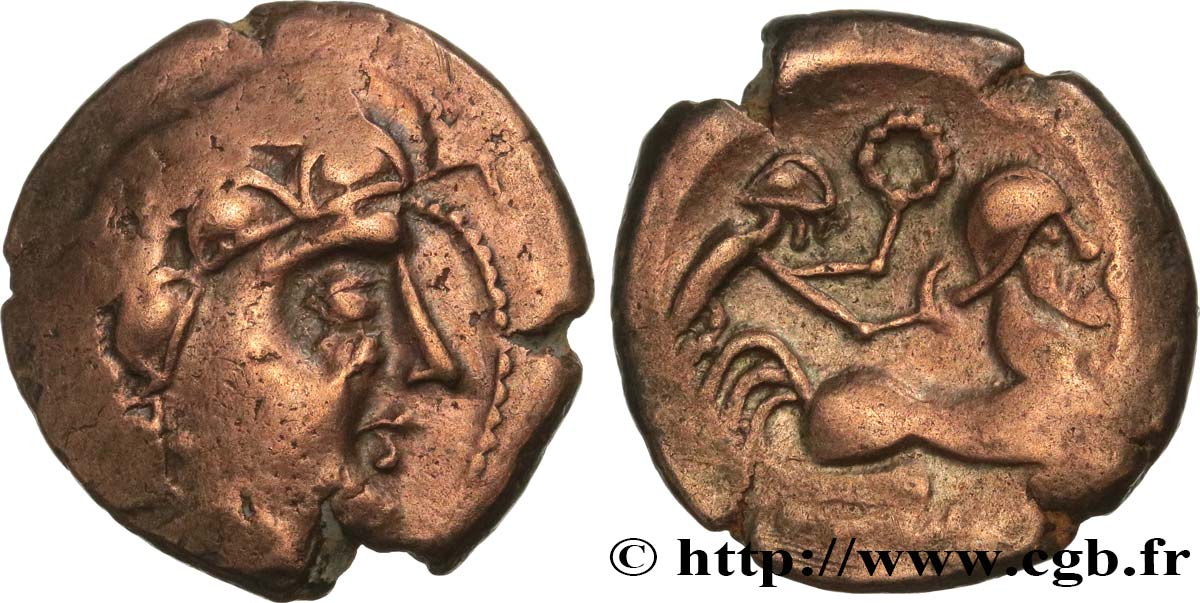 Pictones were a people of the Celtic installed in the current Poitou who gave his name. Their capital was Lemonum (origin: lemo or limo = elm), at the confluence of Clain and Boivre on a fortified oppidum today Poitiers. It was a people who were good sailors. Their name comes from the fact that they painted their faces, Pictavi name given by Caesar. It enlisted five miles Pictones as auxiliaries in 56 J. C-. To build boats for his campaign against the Veneti. This fleet also used for shipping in Britain before 55 J. C-. In 52 J. C-. , They provided eight thousand men to the army to rescue to rescue Alesia Besieged by Julius Caesar. Among the leaders Pictones mentioned several times, we find Atectorix and Duratios. Atectorix seems to have been a Gaulish chief or which would create a significant "ala I Gallorum Atectorigiana" at the end of the stay of Caesar in Gaul (50 J before. C-. ) Or just after his departure for Italy. The company was created as an auxiliary unit, soldiers who served in the Roman army but were not included in the legions. About Duratios, Gallic chieftain, he was one of the kings of Pictones. Faithful ally of the Romans, he was besieged in 51 before J. C-. by Dumnacus, head of the Andes, in Lemonum (Poitiers). It was issued by Caius Fabius. Later, Caesar gave him the right of Roman citizenship. It is mentioned by Hirtius. Caesar (BG. III, 11; VII, 4 and 75; VIII, 26 and 27). Strabo (G. IV, 2, 1). Kruta: 68, 365-366.