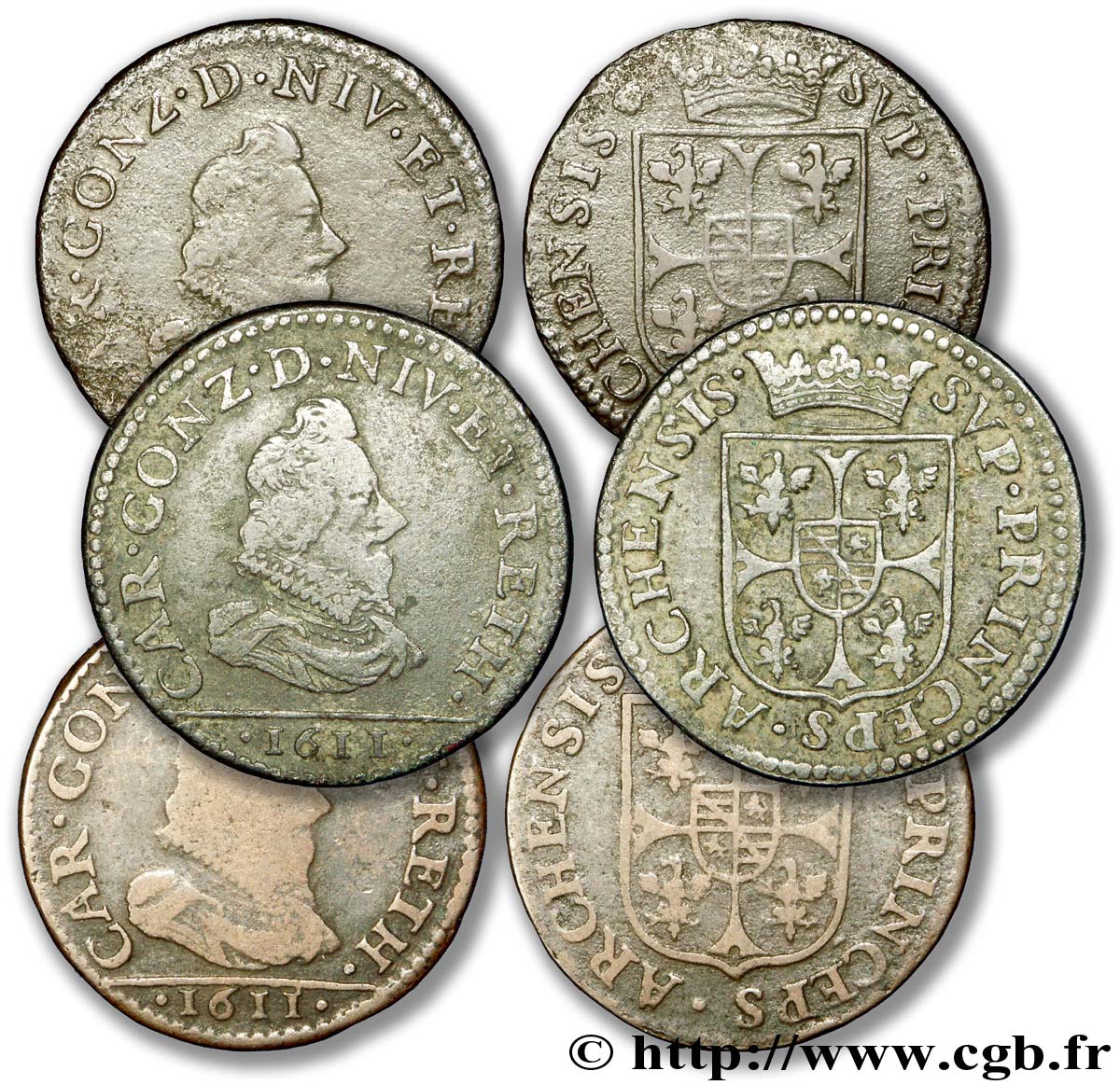 Grand-son of Frederick Duke of Mantua and son of Louis de Gonzague and Henriette de Cleves, Charles I of Gonzaga was born in 1580 in Paris Hotel de Nevers. Fortunate, parent of Henry IV and several royal houses, he received a solid education as an intellectual and military. He married in 1599 Catherine de Lorraine whom he had Charles de Gonzague, Mary, who married the last two kings of Poland family Vasa and Anne who married the Count Palatine Edward Simmern. The faith of Charles I is sincere and the creation of pious foundations, projects crusade or death in the habit of a Franciscan in 1637 reflected. In 1595 he inherited the duchy of Nevers and Rethel which will be glorious principality Arches, multiplying buildings and creating the town of Charleville in 1606. In 1627, he was called to succeed his cousin Vincent II at the head of the Duchy of Mantua. His rights are challenged by the emperor Ferdinand II on instances of Savoy and Spain while it is supported by the Pope and Venice. Follows the war of succession of Mantua where France comes in 1629. In 1630, the French army seized Pinerolo and Saluzzo emerge Casale. In 1631, Charles Gonzaga is finally confirmed as Duke of Mantua. Throughout his life, Charles Gonzaga has shown the image of a soldier prince of the Renaissance leading large train, thinking, cultivated and builder.